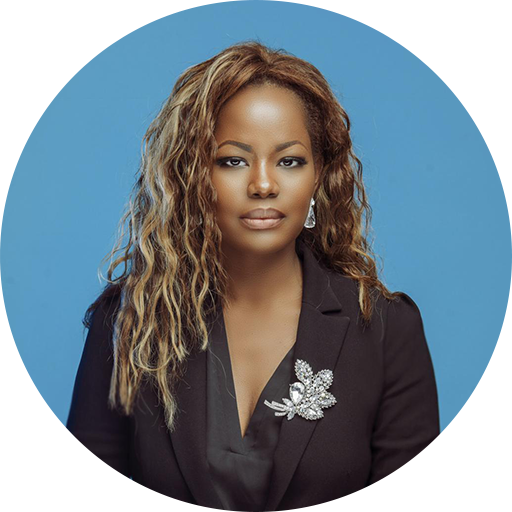 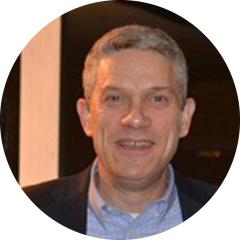 Joseph Marger has substantial experience in all aspects of the sale and acquisition of real estate, both single asset and portfolio transactions, including industrial and commercial single-user facilities, shopping centers, hotels, office buildings and multi-family residential properties. He is equally experienced in real estate finance, including sale-leaseback and build-to-suit financing transactions, traditional loan documentation for borrowers and institutional lenders for construction and development and stabilized assets, including securitized transactions.

In addition, Mr. Marger has extensive experience in the representation of landlords and tenants in negotiating and drafting significant commercial office leases, bank branch leases, and retail and restaurant leases and New York City and across the country; and in structuring transactions and drafting partnership and limited liability company agreements involving pension funds, developers, investment banks, private equity funds and individual investors. 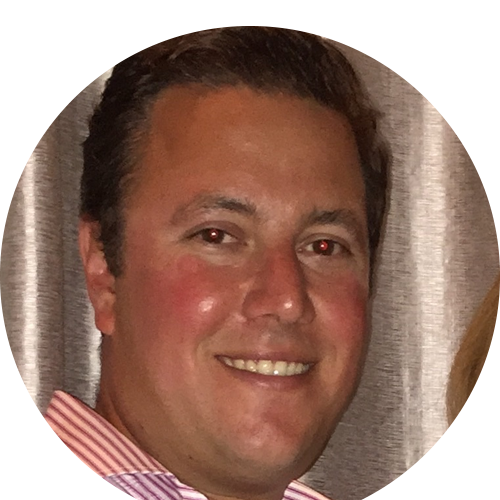 After Graduating from the Kelley School of Business at Indiana University in 2004, Martin worked to become the Vice President of Operations for Bradco Supply, the nation’s third largest distributor of commercial and Residential building materials. From 2008-2010 he served as the company’s Vice President of Acquisitions, negotiating numerous strategic and financially accretive acquisitions.

In 2010 Martin joined the Segal Family Foundation full-time as a managing director. Martin and the Foundation focus on making efficient investments in projects that will make a lasting difference to improve life in Africa. His expertise areas are Operations, Business Planning, and Finance, and his interests are Community Development, Africa, and Social Entrepreneurship. In addition to his role with the Segal Family Foundation, Martin is a real estate investor and manages several real estate partnerships. 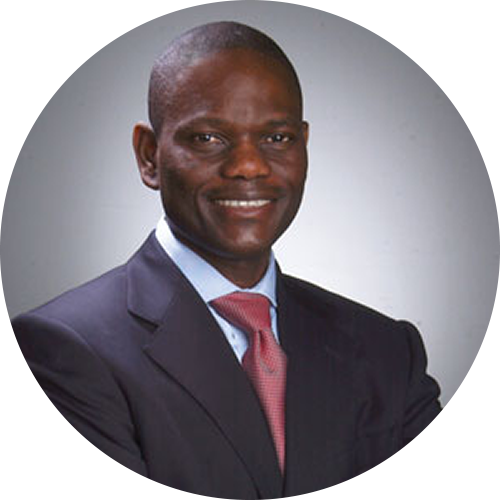 Larry Seruma is the Managing Principal of Nile Capital Management LLC, the Advisor of the Nile Africa Funds. Mr. Seruma has over 20 years of experience in portfolio management, investment research and quantitative investment strategies. In 2004, Mr. Seruma founded Nile Capital Management, where he began his tenure as Portfolio Manager for the Nile Master Fund, a global long/short equity hedge fund.

In 2005, the Nile Fund was integrated into Proxima Alfa Investments (USA) LLC (formerly VegaPlus Capital Partners), a subsidiary of Banco Bilbao Vizcaya Argentaria, and Mr. Seruma was named one of the firm’s Managing Directors. Currently, Nile Capital Management serves as the Advisor for the Nile Africa Funds, which seek opportunities for investment across the Africa continent. Mr. Seruma has authored several articles on investments in Africa and other emerging/frontier markets, and has been featured in many leading financial publications.

The author of Money Watch Africa, a financial blog focused on understanding Africa investment opportunities, he also serves on the Board for All for Africa, a non-profit organization that focuses on providing sustainable funding to charities and community based programs, and the Segal Family Foundation, which focuses on improving the quality of life in Sub Saharan Africa. He received an MBA in Analytic Finance and Statistics from the Booth School of Business, The University of Chicago, in 1996. 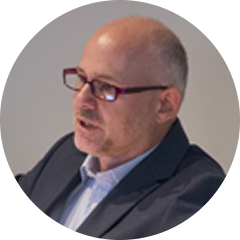 The President & CIO of Greylock Capital Management, which he founded as a joint venture with Van Eck Global in May 1995, Hans Humes has 23 years of experience working in emerging markets. He was a Managing Partner of Van Eck Absolute Return Advisors, Inc. where he launched the fund which became the Greylock Global Opportunity Master Fund in 1997.

From 1991 to 1994, he was a key member of the Lehman Brothers emerging markets debt trading team, co-developing the desk and managing over $500 million in investments. Prior to that he traded a proprietary debt portfolio at Banco Santander and engineered several debt/debt and debt/equity swaps in Latin America. Mr. Humes began his career at Manufacturer’s Hanover, where he worked on the sovereign debt restructurings for the Republic of the Philippines and the Republic of Yugoslavia. Mr. Humes served as the Co-Chairperson of the Global Committee of Argentine Bondholders (GCAB), which represented approximately $40 billion in holdings in the largest sovereign debt restructuring in history.

He is a member of the Institute of International Finance’s (IIF) Principles Consultative Group (PCG ) for the Principles for Stable Capital Flows and Fair Debt Restructuring in Emerging Markets, and of the IIF Working Group on Reconciliation of Past Due Sovereign Debt. Mr. Humes is on the Investment Committee of Synergos, a nonprofit institute dedicated to developing effective, sustainable, and locally based solutions to global poverty. He is a board member of the World Policy Institute, a non-partisan source of global policy analysis and thought leadership that identifies critical emerging global issues in an interdependent world and gives voice to compelling new global perspectives and innovative policy solutions.

Mr. Humes is also on the board of the New York Theatre Workshop. Mr. Humes received his BA from Williams College in 1987, has lived and studied in Nigeria, Morocco, Canada, Netherlands, Chile, Mexico, and Belgium and is fluent in Spanish. 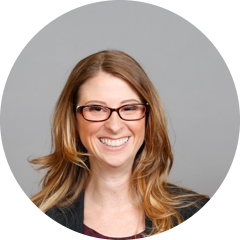 Ms. Kotinsky works in international legal services for an asset management firm and also has experience working in the federal government, at the United States Senate. Ms. Kotinsky graduated from the University of Arizona with a BA in Political Science and a minor in Business Administration. Additionally, she has completed two graduate programs at William Paterson University in Marketing, Sales and Public Relations as well as Non-Profit Management. 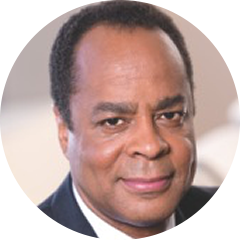 Mr. Primo has earned 28 years of real estate experience. Prior to this, he was the Managing Director and Co-Founder of Q. Primo & Company, Inc. from 1988 to 1992. Before this, Mr. Primo was a Vice President of Chicago lending team at CitiCorp. Real Estate, Inc., completing over $2.5 billion in office, retail, industrial, hotel, and residential financings.

Mr. Primo serves as the Chairman of Capri Real Estate Securities. He also served at AMLI Residential Properties Trust. He served as a Director at The Real Estate Roundtable and a Trustee at Church Pension Group until July 2012. Mr. Primo received a B.S. in Finance, with honors from Indiana University in 1977 and an M.B.A. from the Harvard University Graduate School of Business Administration in 1979. 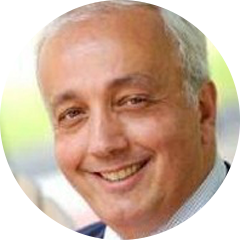 Dr. Cernera led Sacred Heart University for 18 years. Under his leadership, the undergraduate student body more than doubled, over a dozen degree programs were added – including a doctorate in Physical Therapy – and campuses were established in Luxembourg and Ireland.

The Bronx-born educator introduced residential life in 1990 and such innovative efforts as the Center for Christian-Jewish Understanding and the Center for Strategic Planning for Not-for-Profit Organizations. In January, Dr. Cernera unveiled the John F. Welch College of Business, named for the legendary CEO of General Electric, who is a major benefactor and continuing advisor to the College.

A three-time graduate of Fordham University, where he earned his doctorate in Theology, Dr. Cernera teaches Religious Studies every semester at Sacred Heart. For three years the elected chairman of the Connecticut Conference of Independent Colleges, he is a director of both the National Association of Independent Colleges & Universities and the Association of Catholic Colleges and Universities. 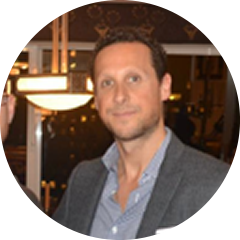 Phil Silverman, originally from Chicago, studied at the University of Michigan’s Ross School of Business. He moved to New York City in 2006 to start work as a buyer for department store giant Bloomingdales. Shortly after that, Phil partnered with Matthew Simon to begin conceptualizing a luxury clothing boutique in the West Village .

After three successful years with that business venture, he and Matthew decided to transition from retail to real estate. They are now sought-after developers of high-end single family townhouses throughout the Upper West Side and Greenwich Village. 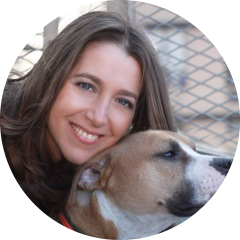 A Phi Beta Kappa graduate of Vassar College, Julia is honored to serve on the MCF Board as well as on the board of Darwin Animal Doctors, which provides veterinary care for the animals of the Galapagos Islands, with the mission of saving animals and securing our world heritage. She also supports the work of American Humane Association (the nation’s voice for the protection of children and animals), the Humane Society of New York, and North Shore Animal League America, the world’s largest no-kill animal shelter.

She lives in New York City. 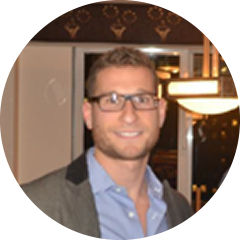 A native of Chicago, Matthew Simon studied at the University of Illinois and then went on to receive a JD from Chicago-Kent College of Law. He moved to New York City in 2003, where he worked in the New York Knicks’ Front Office for four years. Thereafter, he teamed up with Phil Silverman to open a luxury clothing boutique in Manhattan’s West Village that sold men’s and women’s apparel and accessories.

Three years later, Matthew and Phil shifted their focus from ready-to-wear to real estate. Today, their specialty is developing high-end single family townhouses on the Upper West Side and in Greenwich Village.